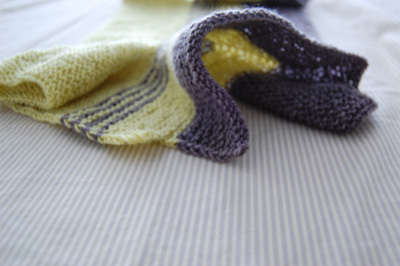 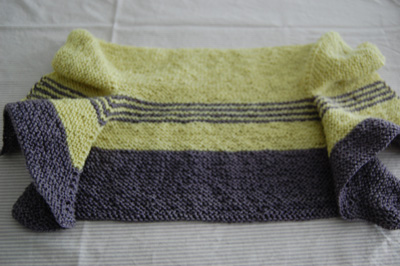 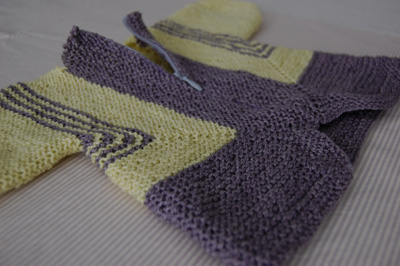 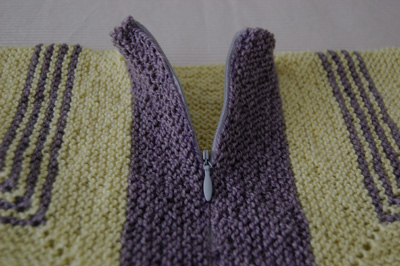 Another Baby Surprise Jacket with a stripe sequence similar to the one I used in my first BSJ. The stripes start at the same time as the increases in the beginning of the pattern, with one or two ridges between each stripe. One ridge between the contrasting color was done above, but I prefer the look of two ridges as done in my first blue and green version. Instead of buttons, I used a new zipper from Purl. I mistakenly purchased a non-separating zipper, but decided to go ahead and sew it in using this tutorial by The Purl Bee. I’m not sure when I’ll get around to buying another zipper, so for now it’s a Baby Surprise pullover.
Baby Surprise Jacket by Elizabeth Zimmermann
Koigu KPM #2341 – 1 skein
Nature’s Palette #NP 115 Dusky Plum – 1 skein
3.5 mm needles
YKK 7” invisible nylon zipper in grey from Purl